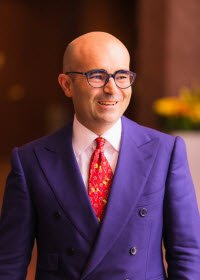 Prior to joining the company in 1995, Mr. Berthou worked as a Project Engineer for Chargeurs Textiles in Australia and France.

Mr. Berthou graduated in 1992 from École Centrale in Lille, France, with a Master of Science in Engineering.